With an LLB and a master’s degree in business administration, before reading his memoir, you feel like Lenerd Louw’s memoir is going to be focused on his life lessons in business.  But, a closer look at the blurb and the front cover, shows you that it’s a book about a businessman turning away from his comfort zone (the business world), and going deeper inside himself for “personal expansion and awakening”.  Two worlds, really. The business world and the world of drugs, he’s spiraled into.

The book’s yellow cover doesn’t look inviting. The title of the book’s first chapter is amusing. “Sex, drugs and Jacuzzis”.

The first sentence of the book is equally amazing. “There are three naked women dancing on my coffee table”, Louw writes.

Authors like Jack Kerouac and Michel Houellebecq come to mind reading Jump’s spontaneous first-person narrative. But, with Jump, this is not fiction: it’s Louw’s real life adventures; his memoir. So, there’s something to be said about a man from the business world who sorts of gives us a glimpse into, if you will, the shady world, of “sex, drugs and Jacuzzis”. Surely, it’s no easy task, putting yourself into the world like that.

The drug taking scenes as well as the sex scenes are graphic. When colleagues give him a copy of The Wolf of Wall Street as a sign of how bad things might turn out for him, Louw misses the point. Instead, “the book made me feel more normal”, he writes. But such books lose their influence on Louw as he gravitates towards books like Robin Sharma’s The Monk Who Sold His Ferrari.

Louw attributes his descent into the life of sex and drugs to one of his relationship breakups. But if a breakup was so disastrous to push Louw into the world of sex and drugs, there are two questions the reader is faced with. What would be so dissatisfying for a man to want to leave his business? And if the sex and drugs are enjoyable, and, possibly, addictive, how does one easily turnaround from this funk and lead a cleaner path?

It’s really a big leap: one day he’s on drugs, the next he’s stopped (or trying to), and the next he’s in a different country drinking Pisco sour and learning Spanish. But if he thought life would be smooth abroad, Louw was wrong. If South Africa was bad, so was Colombia, where Louw found himself circa 2014. The cocaine in Colombia was stronger than the cocaine to be had here in SA – it “properly fuck you up”, Louw writes – and fuck him properly, it did, drowning “out the Voice”.

Alone in foreign lands, and bedevilled by the same demons that chased him away from his home country, one is left feeling for the author. Where will he go and what will he do next as his troubles seem far from ending? Asking oneself these questions reveal how much Louw’s seemingly frivolous story cannot be hushed away without putting effort into untangling them.

He doesn’t talk about his wife, mother of his children. If he does, it’s just a minor reference. One relative he talks about on more than one occasion is his sick father who dies towards the end of the book.

A simple, minimalist life sounds appealing. Reading Louw’s memoir raises more questions, which is a good thing, I guess. I mean, although he left his businesses, he had no qualms with the money that shored his adventures. And, if we are to assume there are more people in the business world like Louw, is their personal awakening and expansion in foreign lands? And, this also begs the question: what kind of a country is South Africa that one cannot develop their spirituality?

People without money go looking for it. Those with it, go looking for spirituality, it seems. Having read Jump, I think this is a fair summation of what the rich want – or at least, what Louw wanted.

There’s a lot of sexuality in Jump.  In fact, this is a book about sex. On one occasion he writes that at some stage in a relationship with 26 year old Linda, they made a “target that, over the course of the weekend, she would have more orgasm than her age”.

The combination of sex and drugs is a big issue here. It takes a certain amount of bravery to be this frank about sex, such frankness will test the reader’s tolerance of mature content.

As insights of one man’s personal experiences, this book works. But since some experiences are taken from something larger (or foreign philosophies), the book can only offer glimpses. It cannot go deeper. And for those without the time to go deeper into this “something larger”, we have to take Louw’s word.

At some point in this piece, I said those with money go looking for spiritually. I want to add that they go looking for sexuality. And if this might take them in faraway lands, they might realize that it was inside them all along.

But this is a kind of bizarre spiritually as it involves, in one instance, sticking his privates up a woman’s arse. Only bizarre cause society has conditioned us “to ignore and neglect parts of our body”, he writes.

One wonders: how much money did Louw have in his account to be able to fund his travels? Even in fictional pieces, characters don’t stay in faraway places for longer. In Houellebecq’s very short novel, Lanzarote, the characters stay for a week or so and they are gone. In Jump, the sex is endless.

Is there any country Louw doesn’t go to? New Zealand, Australia, the Czech Republic, Spain, Us, Switzerland. The back cover notes five continents, 35 countries in “an epic” five-year journey.

After all is said and written, one is curious to know what Louw is doing nowadays? I viewed his website – www.lenerdlouw.com – and I see he’s now a guru and speaker. After all, one has to survive. You can run away from business world, but you still have to hustle your survival somehow. 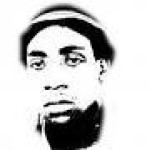